We’ve put together a list of some incredible alternative energy facts. Have you heard the one about the solar power station on the moon?

Here at Tiny House, Huge Ideas we’re all about doing our bit for nature and with regards to energy, to us, that means using renewable energy whenever possible and also saving energy at every opportunity.

After finally coming to our senses over fossil fuels, renewable energy is rapidly changing the way we live our lives. Solar panels are no longer the preserve of science fiction movies and are commonplace across the country.

We’ve got great resources about solar panel kits and charge controllers here on the website and we thought an awesome accompanying article would be a piece on our favorite renewable energy facts.

Solar energy is one of the most abundant forms found on Earth. It’s completely free but has a long journey to get here!

1. Solar energy travels a distance of 150 million kilometers from the sun to reach us on Earth. Despite traveling at the supersonic speed of 300,000 km/second it still takes 8 minutes and 20 seconds to reach us!

2. Humans aren’t the only species on the planet to harness the power of solar energy. Plants use the same energy to photosynthesize and therefore create chemical energy from solar. We copy most of our best ideas from nature.

3. Tesla powers an entire island solely on solar power. The island of Ta’u in American Samoa contains 5,328 solar panels that create a 1.4-megawatt solar energy grid. Check it out in the short video below.

4. If you thought Tesla’s solar island was futuristic, a Japanese company proposed plans to encircle the moon in solar cells. Find out more in the video below.

5. The biggest solar power plant in the world can be found in India. Located in Kamuthi, Tamil Nadu the solar cells cover an area of 10 square kilometers. When running at full capacity it can produce enough power for 150,000 homes.

6. Who invented the solar technology that we commonly use these days? Well, it’s actually a combination of a few scientific breakthroughs. Namely, the photovoltaic system, transistors, and solar cells.

Alexandre Edmond Becquerel got the ball rolling way back in 1836 when he discovered the photovoltaic effect. This describes how electricity can be generated from sunlight. It took another 100 years for the solar cell to be invented by Russel Ohl, which was a direct result of the invention of the transistor. It took another 50+ years for the technology to become efficient enough for us to use it as a viable energy source.

8. A study by energysage.com found that installing solar panels can save you as much as $43,000 over 20 years. They also found that you can ‘break even’ and recoup the costs of installation is as little as 7 years. Boston was found to be the most financially beneficial place to install a solar system. Take a look at the image below to see how some of the big states compared (source).

9. The country of Portugal was powered solely by renewable energy for 4 consecutive days in 2016. This was a record at the time and inspired many countries to invest more in renewables.

10. China is by far the largest generator of wind power. In 2016, its capacity reached 149 GW. Its aim is to reach a capacity of 250 GW by the year 2020. To put that into perspective that would be well over 10% of the UK’s total annual energy usage provided just by wind.

11. German multi-billionaire Aloys Wobben owns energy company Enercon. They are the major wind turbine manufacturers in Germany and control around 50% of the market. Wobben refuses to supply more turbines to the United States “so that it can supply water to huge golf courses”.

12. The world’s biggest hydroelectric dam is found in China and is called the Three Gorges Dam. It has the capacity to produce 22,500 megawatts of power but its output depends on the amount of water in the Yangtze River. It stands at 181 meters tall and measures 2,225 meters in length. The biggest hydroelectric dam in the US is the Grand Coulee Dam which produces around 6,800 megawatts.

13. The 2018 report by the Renewable Energy Policy Network for the 21st Century concluded that the world’s energy use is divided in the following way:

You can expect the majority share of fossil fuels to gradually shrink as the world adopts more renewable projects. You can learn more about geothermal heating systems in this guide.

14. The same report found that the number of cities that are powered by more than 70% renewable electricity more than doubled over the last 2 years.

15. The renewable energy sector employed (both directly and indirectly) around 10.3 million people worldwide in 2017. This compares to around 1.7 million people back in 2004 (source).

16. It is proposed that renewable energy could supply all of Europe and North Africa’s power by the year 2050.

17. Costa Rica managed to run on only renewable energy for a massive 250 consecutive days in 2016. Renewables supplied 98.1 of the countries’ total energy supply in the same year. Over the same period, the US managed just 15% of the total energy supply from renewable sources. Hydroelectric power stations create most of the green energy. Costa Rica gets very heavy seasonal rains that create powerfully flowing waterways.

18. Hawaii is the most forward-thinking state in the US. They have increased their target for renewable energy use to 100% by 2045. This is the only state we are aware of that has committed to a 100% renewable energy plan. Most have only committed to changes of around 25-50% over the next 20 years. Check out how the states compare in this government report.

That brings us to the end of another fact-packed article at Tiny House, Huge Ideas. We’d love to know what you think down below in the comments section.

We have lots of exciting plans for the site over the coming months so don’t be a stranger!

About the Author Jamie

I'm an English teacher and writer. I'm passionate about the environment and love the tiny house movement! 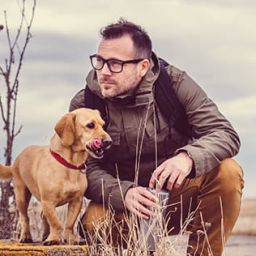 How Does a Compost Toilet Work?

How to Check if Your AC Unit Needs Freon

How Much Electricity Does a Ceiling Fan Use?